Samlarobjekt. 78 cards and 96 pages booklet. Colors and backside of the cards according to the first Rider-Waite edition from 1909. The frontsides of the cards

Samlarobjekt. 78 cards and 96 pages booklet. Colors and backside of the cards according to the first Rider-Waite edition from 1909. The frontsides of the cards offer the same beautiful reprint of the colors of the historic cards as the blue edition. The back of the cards shows the famous brown pebble back that was the very backside of the first printing. This edition consists of a sturdy bottom lid box with a detailed instruction booklet of 96 pages various language editions and in three different card sizes: Deluxe = 99 x 169 mm; English Standard = 70 x 120 mm; English, Spanish, Portuguese & French Pocket = 57 x 89 mm; English, Spanish & Portuguese The cards were drawn in 1909 by Pamela Colman Smith under the direction of Arthur Edward Waite. Smith's vibrant drawings transformed the standard tarot deck. Pamela Colman Smith was born February 16, 1878, in Middlesex, England to American parents, Smith's childhood years were spent between London, New York, and Kingston, Jamaica. During her teens, she traveled throughout England with the theatre company of Ellen Terry and Henry Irving. Thereafter, she began formal art training at Pratt Institute of Brooklyn, graduating in 1897. Around 1903, she joined the Order of the Golden Dawn. In 1909, under the guidance of Arthur Edward Waite, she undertook a series of seventy-eight allegorical paintings described by Waite as a rectified tarot pack. The designs, published in the same year by William Rider and Son, exemplify the mysticism, ritual, imagination, fantasy, and deep emotions of the artist. Arthur Edward Waite was born in America in 1857, raised and educated as a Catholic in England. Beginning at the age of 21, Waite pursued research and writing on psychical and esoteric matters. Soon after joining the Hermetic Order of the Golden Dawn, he became the Grand Master, and redirected the focus of the order from magic to mysticism. The Golden Order, whose structural hierarchy was based on the Kabbalah, is considered the single greatest 20th century influence on the occult. Waite was a prolific author of occult texts, works on the Holy Grail, and the body of mystical knowledge, which comprises the basis of modern Tarot. 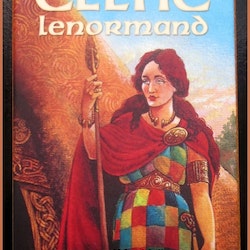 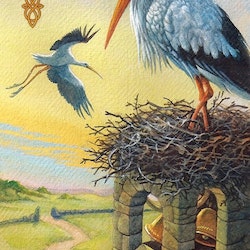 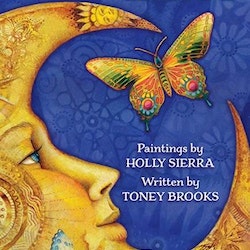 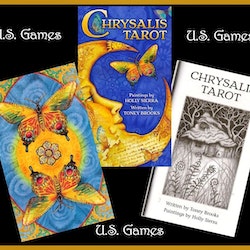 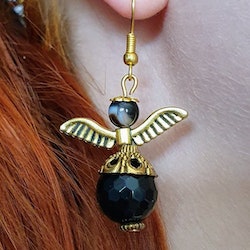 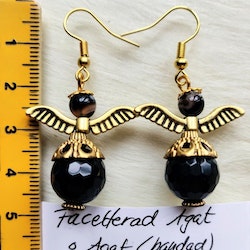 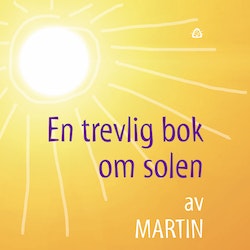 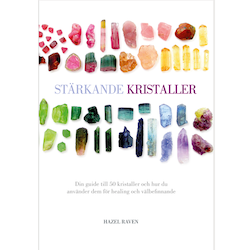 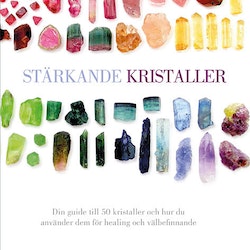